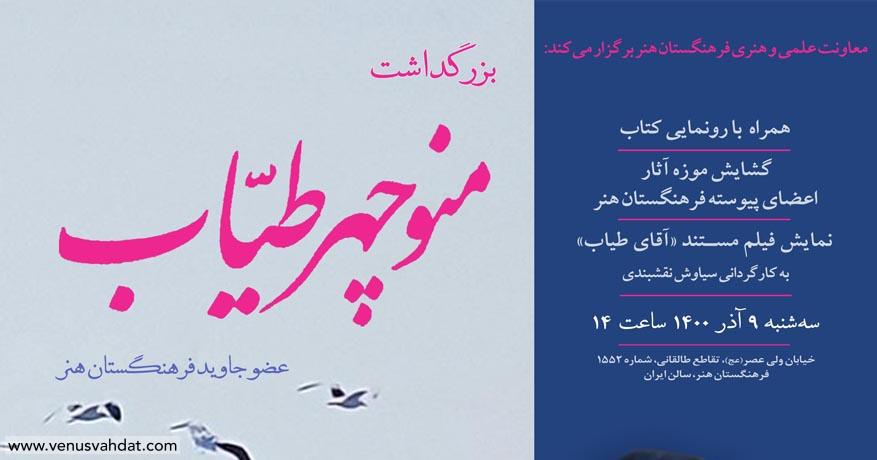 This program will be accompanied by the announcement of the publication of  memorial book of Manouchehr Tayyab, the opening of the “Museum of the Works of the members of the Academy of Arts”, the visit of books donated by Master Tayyab to the specialized library of this Academy of Arts and the screening of a documentary film “About Master Tayyab.”

Manouchehr Tayyeb was born in Tehran in 1937 and studied at the Alborz School and graduated from the University of Vienna.

Tayyab also published his books based on his documentaries, including Wind in the Lonely Heart of the Desert, the Persian Sea, Alborz and the Zagros, and received numerous awards at various festivals. He died of cancer on Aug. 25, 2020 at the age of 83 in a hospital in Vienna and was buried there. 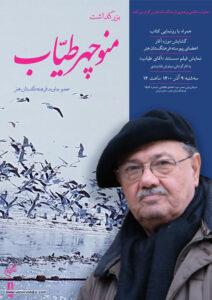